With climate changes becoming more and more apparent, we are constantly trying to increase the amount of UK renewable energy being created and used.

Whether this is from wind, solar, hydroelectric, or bioenergy power, there are plans in place for the country to be powered solely by renewable sources!

However, how near into the future is this and what will this mean for our planet?

Types of Renewables Used In The UK

Across the UK, there are four main types of renewable energy sources which are used to provide us with energy!

Dating back over two thousand years ago, the Greeks used to use this very exact method to power and turn the wheel in their mill to ground the wheat into flour.

Then in 1879, the first 4.5kw hydroelectric generator was installed to power a single luminescent lamp.

Now, the UK has installed a total of 4,700 MW capacity of installed hydropower. This does not account for the over 2,800MW of pumped storage also. You can find the majority of the installed capacity situated in the wet and mountainous areas of Wales and northwest Scotland!

The energy is collected from the power of moving water, whether this is over a waterfall or flowing water through the blades of a turbine. As the water flows through the turbine, the blades rotate which converts the energy of these spinning blades into electrical energy.

Whilst hydroelectric currently contributes to only 2% of the UK’s renewable energy, it does use proven and efficient technology to produce the energy and the more modern plants are so efficient, their energy conversion rates are 90% or above…making this renewable energy a serious contender for further production in years to come.

Many of the larger scaled schemes are based in the Scottish Highlands. In the near future, plans to install many more hydro dams and other hydro sources.

Wind power is one of the most commonly known source of renewable energy. Whilst hydroelectric only produces 2% of the renewable energy source for the UK, wind power contributes to a staggering 37% in the UK and 90% in Scotland!

Many believe that it is now cheaper to build and manage wind and solar energy sources than it is to use gas!

To put this into perspective, the majority of onshore turbines can capacitate 2-3 megawatts, reaching over 6 million kilowatts each year. In simpler terms a single turbine could meet the average electricity demand for 1,500 average households!

If we were to look at how many onshore turbines we have in this country and work out on average how many of our average households they can power, it would average at thirteen million two hundred thousand homes could be powered each year!

It is important to note that this is based on the average household’s electricity consumption along with not all turbines can produce that much electricity.

Unfortunately, you must also take into consideration the weather when it comes to wind turbine power generation.

Whilst the energy produced can become 8 times greater if the wind speed was to double, any stronger wind causes the turbines to shut down in an attempt to prevent any damage being caused to the structure.

As the years go by, wind power is only going to continue to surge so this does need to be accounted for!

Another renewable energy commonly used in the UK is bioenergy which is a combination of both biomass and energy.

Bioenergy comes from plant matters or animal waste and once the fuel source has begun to burn, the chemical energy is released as heat. This is normally only burnt on a local scale to provide heat for homes and cooking.

Another way to produce bioenergy is by creating methane. This may sound strange, but it is in fact a great way to create bioenergy. Wet feedstock, such as food waste, is placed in a sealed tank where it is left to rot and in turn create methane gas.

This is then captured and burnt to generate energy and power electricity. Alternatively, this can be entered into the national gas grid to be used for cooking or heating.

Due to biomass not having to rely on weather or tidal, this makes it the second largest sources of renewable energy in the UK!

Our solar power contributes to 27.1% of the UK’s renewable energy, with 1 million homes having solar panels installed.

The solar panels convert energy from the sun and turn it into power where this is converted into one of two forms of energy – electricity and heat.

With 1 million homes having solar panels fitted, there are plenty of solar farms dotted around the country.

The largest solar farm is based in Cambridge and is spread over 88 hectares with an astonishing 146,000 panels. This generates 46MW and can supply enough power to 11,500 homes!

These types of installations support the claims by researchers who state that it is viable to become 100% renewable before or by 2050. 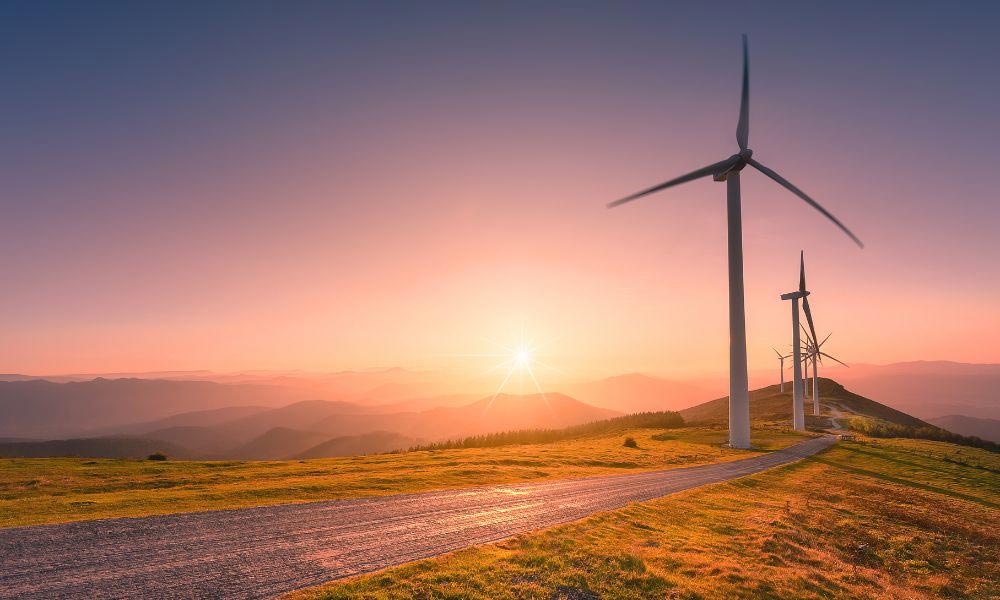 The Future Of Renewable Energy

A cleaner country means less pollution will be created, and our world can start to heal itself once again. However, there are many more plans to reach before this great milestone!

By 2025, we hope that at least half of our country is powered by renewable energies and therefore contribute towards our 2050 target. Keep in mind that this is not the only target we have set out…the UK also aims to cut our emissions down further and produce only 100g of C02 KpH.

This figure is going to significantly make a vast improvement to the world we live in!

Whilst there are not any major targets to reach by 2023, we will continue to witness the rise of renewable energy and more sources installed across the country.

We are also seeing a rise in electric vehicles on our road as we try to reduce the amount of carbon emissions even more. In decades to come it is highly likely that most vehicles taking up our roads will be purely electric.

It is important to consider that not only the use of renewable energy is on the rise but also the jobs within this sector. To be able to manage this growing sector, more employees must be taken on to achieve this.

Until then, we can continue to become as eco-friendly as possible by decreasing the amount we drive, installing more renewable energy sources and as a whole, become more environmentally friendly!

A lot of damage may have already been caused but hopefully we can begin to repair the damage!